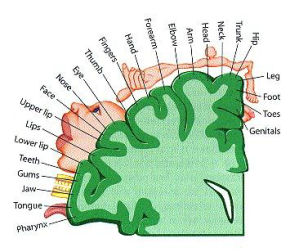 The notion that the clitoris is the major source of female genital sensation has been directly challenged after MRI brain scans revealed that stimulation of the vagina, cervix and nipples strongly activated three separate and distinct sites in the brain's sensory cortex.

Around 60 years ago, researchers localized in the brain exactly where all sensations in men were represented, including the penis. Somewhat unsurprisingly, a similar sensory map for women was commenced only last year.

Lead researcher Barry R. Komisaruk said that stimulation of each of the female genital regions "produces a significant and strong activation of specific and different sites in the sensory cortex. The three representations are clustered in the same sensory cortical region as the genitals of men on the homunculus."

"Our findings demonstrate undeniably that there is a major input to the sensory cortex in response to stimulation of not only the clitoris, but of the vagina and cervix as well, which also evidently receive a significant and substantial sensory nerve supply. This lays the groundwork for an understanding of how genital stimulation spreads sequentially through the brain from initial activation of the sensory cortex to eventually activate the brain regions that produce orgasm," Komisaruk concluded.