You are here: Home › News › Physics › Acoustic diode allows one-way sound transmission
By Will Parker on July 28, 2011 in News, Physics 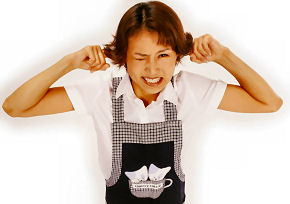 Based on a simple assembly of granular crystals that transmit sound vibrations, Caltech researchers have created the first tunable acoustic diode that allows sound to travel only in one direction.

“We exploited a physical mechanism that causes a sharp transition between transmitting and non-transmitting states of the diode,” explained Chiara Daraio, lead author of the new study. “Using experiments, simulations, and analytical predictions, we demonstrated the one-way transmission of sound in an audible frequency range for the first time.”

The system, described in Nature Materials, is based on a simple assembly of elastic spheres – granular crystals that transmit the sound vibrations – that could be easily used in multiple settings, can be tuned easily, and can potentially be scaled to operate within a wide range of frequencies, meaning its application could reach far beyond soundproofing.

Similar systems have been demonstrated previously, but they all featured smooth transitions between transmitting and non-transmitting states instead of the sharp transitions needed to be more effective at controlling the flow of sound waves. To obtain the sharp transition, the team created a periodic system with a small defect that supports this kind of quick change from an “on” to an “off” transmission state.

According to Daraio, this means the system is very sensitive to small variations of operational conditions, like pressure and movement, making it useful in the development of ultrasensitive acoustic sensors to detect sound waves.

The system can also operate at different frequencies of sound and is capable of downshifting, or reducing the frequency of the traveling signals, as needed. “We propose to use these effects to improve energy-harvesting technologies,” she added. “For example, we may be able to scavenge sound energy from undesired structural vibrations in machinery by controlling the flow of sound waves away from the machinery and into a transducer. The transducer would then convert the sound waves into electricity.”

The new mechanism may have applications beyond soundproofing and energy harvesting. “Because the concepts governing wave propagation are universal to many systems, we envision that the use of this novel way to control energy might enable the design of many advanced thermal and acoustic materials and devices,” concludes Daraio.