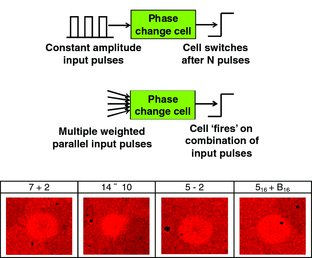 Today's computers handle processing and memory separately, resulting in a speed and power bottleneck caused by the need to continually move data around. In human brains, however, no real distinction is made between memory and computation. To bring these two functions together in a computer, the research team used phase-change materials, a kind of semi-conductor that exhibits special properties.

The team's fledgling attempts at the creation of artificial neurons and synapses could point the way to devices that learn and process information in a similar way to our own brains. "We have uncovered a technique for potentially developing new forms of 'brain-like' computer systems that could learn, adapt and change over time. This is something that researchers have been striving for over many years," said lead author Professor David Wright.

The next stage in the team's research will be to build systems of interconnected cells that can learn to perform simple tasks, such as identification of objects and patterns.