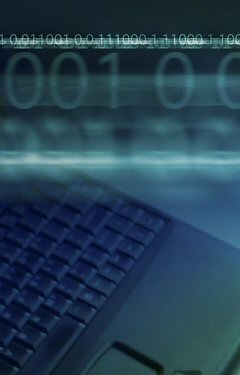 Cambridge University researchers have found that autism diagnoses are more common in IT-rich regions, a finding that has important implications for service provision in those regions and also for the "hyper-systemizing" theory of autism.

The researchers, led by Simon Baron-Cohen, Director of the Autism Research Centre at the University of Cambridge, hypothesized that autism spectrum conditions (ASC) would be more common in populations enriched for "systemizing." Systemizing is the drive to analyze, predict, control and build systems. These skills are found in disciplines such as engineering, physics, computing and mathematics.

The researchers had previously discovered evidence for a familial association between a talent for systemizing and autism in that fathers and grandfathers of children with ASC are over-represented in the field of engineering. The team had also previously found that students in the natural and technological sciences, including mathematics, show a higher number of autistic traits.

The children in the study were recruited from three regions in the Netherlands: Eindhoven, Haarlem, and Utrecht-city. Eindhoven was selected because it is rich in information-technology having the Eindhoven University of Technology there, as well as the High Tech Campus Eindhoven, where IT and technology companies such as Philips, ASML, IBM and ATOS Origin are based. The other two regions were selected as controls as they have similar size populations and similar socioeconomic class structure. Schools in each region were asked to provide the number of children enrolled, the number having a clinical diagnosis of autism spectrum conditions (ASC) and/or two control neurodevelopmental conditions (dyspraxia and ADHD). All up, more than 60,000 children were involved in the study.

The researchers found school-reported prevalence estimates of ASC in Eindhoven was 229 per 10,000, significantly higher than in Haarlem (84 per 10,000) and Utrecht (57 per 10,000), whilst the prevalence for the control conditions were similar in all regions.

"These results are in line with the idea that in regions where parents gravitate towards jobs that involve strong 'systemizing', such as the IT sector, there will be a higher rate of autism among their children, because the genes for autism may be expressed in first degree relatives as a talent in systemizing. The results also have implications for explaining how genes for autism may have persisted in the population gene pool, as some of these genes appear linked to adaptive, advantageous traits," explains Baron-Cohen.

The study notes that more research is needed to test for alternative explanations for the elevated rate of autism in Eindhoven, including the possibility that children with autism may more often remain undetected in the two other regions.