"Bad" cholesterol not so evil 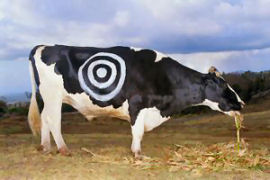 Low-density lipoprotein (LDL) - popularly known as bad cholesterol - turns out to be critical for building muscle mass, and lowering of the body's LDL levels can cause serious health problems, say researchers at Texas A&M University in a new study.

This, according to Riechman was; "a very unexpected result and one that surprised us. It shows that you do need a certain amount of LDL to gain more muscle mass. There's no doubt you need both - the LDL and the HDL - and the truth is, it [cholesterol] is all good. You simply can't remove all the 'bad' cholesterol from your body without serious problems occurring."

LDL is called "bad" cholesterol because it tends to build up in the walls of arteries, causing a slowing of the blood flow which often leads to heart disease and heart attacks. "But here is where people tend to get things wrong," Riechman says. "People often say, 'I want to get rid of all my bad (LDL) cholesterol,' but the fact is, if you did so, you would die."

Riechman explains that the body's tissues need cholesterol, and LDL delivers it. "HDL, the good cholesterol, cleans up after the repair is done. And the more LDL you have in your blood, the better you are able to build muscle during resistance training."

"It plays a very useful role, does the job it was intended to do, and we need to back off by always calling it 'bad' cholesterol because it is not totally bad," he concluded.