You are here: Home › Humans › News › Scans reveal brain’s in-built caste system
By Will Parker on April 29, 2011 in Humans, News 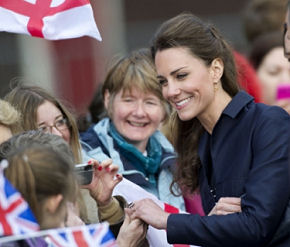 Reporting their findings in Current Biology, National Institute of Mental Health researchers say that people of higher subjective socioeconomic status show greater brain activity in response to other high-ranked individuals, while those with lower status have a greater response to other low-status individuals.

The functional magnetic resonance imaging (fMRI) scans show the differences registering in a key component of the brain’s value system, a region known as the ventral striatum.

Researcher Caroline Zink said the findings in humans are largely consistent with past observations in monkeys. It had previously been shown that monkeys direct their attention to others of higher or lower status depending on their own position in the troop.

“The way we interact with and behave around other people is often determined by their social status relative to our own, and therefore information regarding social status is very valuable to us,” said Zink. “Interestingly, the value we assign to information about someone’s particular status seems to depend on our own status.”

“The value that we place on particular status-related information – evident by the extent our brain’s value centers are activated – is not the same for everyone and is influenced, at least in part, by our own subjective socioeconomic status,” Zink said.

“As humans, we have the capacity to assess our surroundings and context to determine appropriate feelings and behavior,” Zink said. “We, and our brain’s activity, are not static and can adjust depending on the circumstances. As one’s status changes, I would expect that the value we place on status-related information from others and corresponding brain activity in the ventral striatum would also change.”

Marvel Comics 1977 What If…? Hulk Had The Brain Of Bruce Banner High Fine Cond.