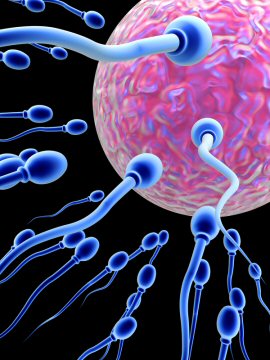 The hormonal changes which are triggered by obesity can "program" the reproductive systems of the female offspring of obese women and lead to infertility, report endocrinologists in the journal Endocrinology.

Hormones involved in energy balance and metabolism have been shown to regulate reproductive function in animals and humans. Levels of one of these hormones - ghrelin - are low in obese women, so study author Hugh Taylor decided to examine the effect of ghrelin deficiency on the developmental programming of female fertility.

Ghrelin's role in reproductive tract development remains unclear but Taylor believes the findings have significant implications for women. "Our results suggest that low ghrelin levels could program the development of the uterus in the female children of obese women. These women may then be less fertile as adults," he concluded.