You are here: Home › Health › Mental Health › News › Collecting items can trigger obsessive-compulsive disorder
By Will Parker on March 17, 2011 in Mental Health, News 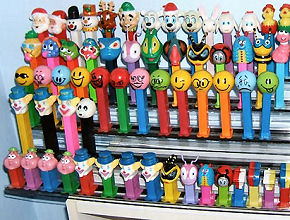 Whatever you collect – porcelain dolls, precious stones, shoes, thimbles, watches or fans – your hobby could easily become a psychological disorder that European researchers say affects more than 10 percent of the population.

The researchers, from Granada University, say that as long as collectors exercise somecontrol, then “collecting items is good from a psychological point of view, as it helps in developing positive skills and attitudes such as perseverance, order, patience and memory.”

But Granada’s Francisca L�pez Torrecillas warns that in the recent years, “a very significant increase has been observed of cases where uncontrolled collecting has caused obsessive-compulsive disorders.”

L�pez Torrecillas points out that certain attributes such as control, perfectionism, meticulousness and extreme orderliness “are very frequent traits in people who likes collecting things. However, they are also closely related to the psychological disorders.” The best known variant of obsessive compulsive disorder is probably Diogenes syndrome, also known as shopping addiction.

“Collecting can become an obsession, and eventually a disorder in individuals; especially vulnerable individuals with low self-esteem, poor social skills and difficulty in facing problems,” she explained. “When people have this feeling of personal inefficiency, compulsive collecting helps them in feeling better.”

L�pez Torrecillas speculates that excessive sales pressure and aggressive marketing may be contributing to the rise in collecting OCDs, but suggests that “further study is needed in this field of research.”