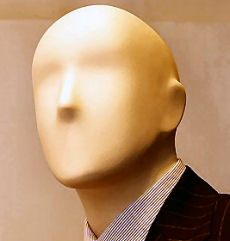 Comparing the evolutionary success of blindly copying your parents' lifestyle choices with that of innovative, informed lifestyle adaptations, researchers found that mindlessly copying what your parents did was usually the best strategy for the long-term success of your genes. The researchers, from the University of Exeter and University of Bristol, published their findings in Ecology Letters.

"From an individual perspective, sometimes sticking to what your parents did may seem a ridiculously stupid thing to do, especially when they can be out of touch with current events. However, it's a different story when you look at it from the perspective of your genes," explained Sasha Dall, from Exeter's Centre for Ecology and Conservation. "What we actually found is, in certain circumstances, it can be a more effective method of ensuring long-term survival of your genes than more nuanced strategies. So, surprisingly, this kind of mindless strategy can actually be more effective than the more sophisticated alternative of adjusting to changes you detect in your environment."

"The sheer fact you are alive is a big clue, because your parents must have got it right. If you follow their lead, you should get it right too," added Bristol University's John McNamara. "Using a mathematical model, we've shown this is more successful than the alternative approach of adjusting behavior to current conditions when the environment changes."

The researchers call this the "multiplier effect." This states that if you are in exactly the right environment for your genotype, you will thrive and breed. So, over generations, more and more individuals will find themselves in conditions to which they are suited if they just do what their parents did. Those in the wrong place for their genotypes will not do well and others who behave like them will leave fewer and fewer descendents - leaving those being born in the right places to dominate the population.

The multiplier effect explains some of the seemingly impractical lifestyles seen in nature. For example, many sea turtles return to the same beach they were born on to lay their eggs, even though they swim past perfectly good beaches on the way. While this may not seem like an efficient strategy, in the right conditions it can be a successful way of ensuring the long-term survival of your "selfish" genes. "This may not seem very smart, but those turtles are actually sticking to the safest bet there could be - the spot where they know their parents successfully gave birth to them," observed Dall.