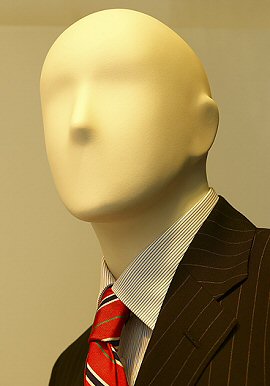 An administration of testosterone under the tongues of volunteers negatively affected their ability to "read" the minds of others, an indication of empathy. Interestingly, this effect is predicted by a fetal marker of prenatal testosterone, the 2D:4D ratio. The study, therefore, provides further support for the androgen theory of autism. The researchers, from Utrecht and Cambridge Universities, reported their findings in the journal Proceedings of the National Academy of Sciences.

The researchers, Jack van Honk at the University of Utrecht and Professor Simon Baron-Cohen at the University of Cambridge, used the "Reading the Mind in the Eyes" test to evaluate the subjects. This tests how well someone can infer what a person is feeling from photographs of facial expressions.

"Mind reading" is one aspect of empathy, a skill that shows significant sex differences in favor of females. They tested 16 young women from the general population, since women on average have lower levels of testosterone than men. The decision to test just females was to maximize the possibility of seeing a reduction in their levels of empathy.

The researchers not only found that the administration of testosterone lead to a significant reduction in mind reading, but that this effect is powerfully predicted by the 2D:4D digit ratio, a marker of prenatal testosterone. Those people with the most masculinized 2D:4D ratios showed the most pronounced reduction in the ability to mind read.

"We are excited by this finding because it suggests testosterone levels prenatally prime later testosterone effects on the mind," said van Honk. These findings have several important implications.

First, current levels of testosterone directly affect the ability to "read" someone else's mind. This may help explain why women perform better on such tests than men, since men produce more testosterone than women. Secondly, that the digit ratio (2D:4D), a marker of fetal testosterone, predicts the extent to which later testosterone has this effect. This suggests testosterone levels in the womb have an "organizing" or long-range effect on later brain function.