You are here: Home › News › Male circumcision for HIV prevention creates new dilemmas
By Will Parker on December 15, 2010 in News 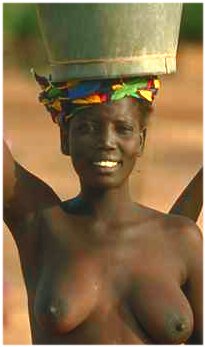 An increase in high risk behaviors and a false belief in HIV immunity are just two of the issues that health agencies are facing in the wake of preventative male circumcisions in Africa, according to a new report from the Women’s HIV Prevention Tracking Project (WHiPT). WhiPT highlights women’s perspectives, advocacy priorities and recommendations on this new prevention strategy.

“Women are excited for medical male circumcision because they’re desperate for new prevention options, but they lack detailed factual knowledge of its benefits and risks,” says contributing author Cebile Dlamini. “For example, the fact that it only provides partial protection can be overlooked and some women and men believe once a man is circumcised, he is by definition HIV-negative.”

For the report, around 500 women in HIV-affected communities completed a questionnaire, developed and administered by the women-led WHiPT teams in five countries. Almost 40 focus groups provided additional information about women’s attitudes about medical male circumcision. In each country, research took place in different locales, selected to reflect a diversity of circumcision practices, including communities that practice traditional male circumcision and those that do not circumcise, as well as those practicing female genital mutilation.

The majority of teams conducted their research in settings where male circumcision had not yet been introduced as part of a national HIV strategy. Therefore, many reported perceptions and concerns can be integrated into emerging programs, making this report both timely and urgent.

The Kenyan WHiPT team surveyed women in settings where male circumcision was evaluated in a clinical trial and subsequently introduced. Their findings underscore women’s fears that male circumcision may lead to changes in men’s behaviors and perception of risk. “The women reported their partners either adapting or continuing risky behavior after ‘the cut’,” notes the report.

The report also documents women’s concerns that medical male circumcision might lead to heightened stigma for women living with HIV. This would be a result of circumcised men’s misperceptions that they could not be HIV positive and/or could not transmit the virus. Thus sex and or safer sex would be less negotiable than before circumcision, putting women at greater risk.