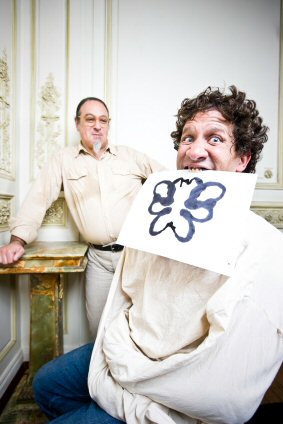 Changes in diet have previously been linked to a reduction of abnormal behaviors in mentally ill animals and people, but a new Purdue University study shows that diet can also trigger the onset of mental illness in the first place.

In the experiment, mice were fed a diet high in sugar and tryptophan (an essential amino acid) that was expected to reduce abnormal hair-pulling. Instead, mice that were already ill worsened their hair-pulling behavior and the seemingly healthy mice developed the same abnormal behavior.

"This strain of mouse is predisposed to being either a scratcher or a hair-puller. Giving them this diet brought out those predispositions," said study author Joseph Garner, whose results were published in Nutritional Neuroscience. "They're like genetically at-risk people."

Garner studies trichotillomania, an impulse-control disorder in which people pull out their hair. The disorder, which disproportionately occurs in women, is thought to affect between 2 - 4 percent of the population.

Serotonin is manufactured in the brain from the amino acid tryptophan, which is consumed in food. The problem is that tryptophan often doesn't make it across the barrier between blood and the brain because other amino acids can get through more easily and "block the door" for tryptophan.

Garner modified a mouse diet to increase simple carbohydrates, or sugars, and tryptophan. The sugars trigger a release of insulin, which causes muscles to absorb those other amino acids and gives tryptophan a chance to make it to the brain. Using eight times as much sugar and four times as much tryptophan, Garner observed a doubling of serotonin activity in the brain. But the mice did not get better. "We put them on this diet, and it made them much, much worse," Garner said.

A second experiment divided the mice into three groups: those that were seemingly normal, others that had some hair loss due to barbering and a group that had severe hair loss. All the mice soon got worse, with conditions escalating over time. "Three-quarters of the mice that were ostensibly healthy developed one of the behaviors after 12 weeks on the new diet," Garner said.

Some of the mice also developed ulcerated dermatitis, a fatal skin condition that was thought to be caused by an unidentified pathogen or allergen. Garner saw that the only mice that contracted the condition were the scratchers.

The study raises questions of how diet might be affecting other behavioral or mental illnesses such as autism, Tourette syndrome, trichotillomania and skin-picking. He said that before now, a link between diet and the onset of mental disorders hadn't been shown.

"What if the increase of simple sugars in the American diet is contributing to the increase of these diseases?" Garner wonders. "Because we fed the mice more tryptophan than in the typical human diet, this experiment doesn't show that, but it certainly makes it a possibility." Garner next wants to refine the experiments to better imitate human dietary habits, including the amount of tryptophan people consume.