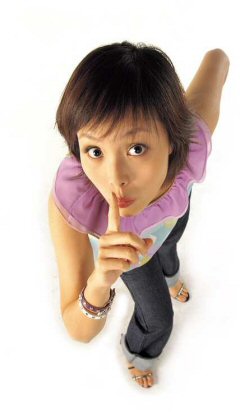 A new paper; "Are Good-Looking People More Employable?" from researchers at Ben-Gurion University (BGU) in Israel found that a double standard exists in the employment marketplace where attractive men are much more likely to be successful in finding a job than good looking women.

"Unlike many Western cultures, it isn't taboo in Israel to embed a headshot of oneself in the top corner of one's job resume," explained BGU economics researcher Bradley Ruffle. "Rather, the choice to include a photograph on one's job resume is left to the candidate with the result that some do, while others don't. This fact makes Israel an opportune location to explore the effect of a picture and its attractiveness, or lack thereof, on the likelihood of being invited for a job interview."

"To the best of our knowledge, this is the first paper to explore beauty discrimination in the hiring process of an actual labor market, rather than a laboratory market or hypothetical decision scenario," Ruffle said.

But the situation was the reverse for women. "Among female candidates, no-picture females have the highest response rate, 22 percent higher than plain females and 30 percent higher than attractive females," notes the report. Ruffle added that attractive and plain women alike are better off omitting their photograph from a resume since it decreases their chances of a callback by 20 to 30 percent.

Interestingly, the number of attractive women that were subjected to discrimination varied on who was hiring them. When employment agencies received resumes for positions, attractive female candidates were no worse off than plain candidates and penalized only modestly compared to no-picture females. However, when the corporation at which the candidate might work recruited directly, attractive females received a response rate of about half that of plain and no-picture women. This is likely due to the high number of women in human resources staffing positions, the researchers speculate. "Indeed, the evidence points to female jealousy of attractive women in the workplace as a primary reason for their penalization in recruitment," Ruffle concludes.