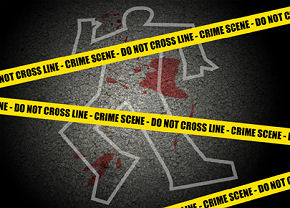 The new method takes advantage of a fundamental characteristic of T cells, the cells that play a key role in our immune system. Our immune response depends on a diversity of T cell receptors, each matching specific molecules (antigens) derived from bacteria, viruses or parasites. That diversity of receptors is achieved through a specific rearrangement of the T cells' DNA, a process that produces small circular DNA molecules as a byproduct. The number of those circular DNA molecules (known as signal joint TCR excision circles, or sj TRECs for short) declines at a constant rate with age.

"With our test assay, we quantify the amount of sjTRECs in the total DNA extracted from a small blood sample and use a reference gene not affected by age to compensate for the total amount of DNA in the sample," Kayser explained.

The new test is likely a harbinger of what's to come as researchers uncover new methods designed to reconstruct the appearance of unknown persons from biological crime scene samples.