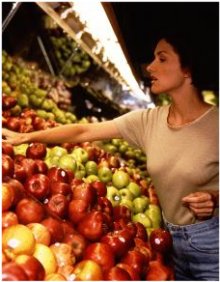 Concerns over the gender-bending effects of plastic food packaging may be overstated, according to a new study in the Environmental Science & Technology. Measuring Bisphenol A (BPA) levels in a range of canned and plastic-wrapped foodstuffs, scientists found amounts that were almost 1,000 times lower than the "tolerable daily intake" levels set by the Environmental Protection Agency (EPA) and the European Food Safety Authority (ESFA).

In humans, BPA is associated with cardiovascular disease, diabetes, and male sexual dysfunction. Food is a major exposure source, particularly canned food where the linings of the can contain BPA. The researchers claim this is the first study to assess BPA levels in more than 100 different US foodstuffs.

Lead researcher Arnold J. Schecter, from the University of Texas School of Public Health, says his team detected BPA in 63 of the 105 human food samples purchased from Dallas grocery stores, but all were much lower than the 50 micrograms/kilogram of body weight per day standard used by the EPA and EFSA.

The study notes that cans of Del Monte fresh cut green beans had the highest BPA concentrations. Three cans contained between 27 and 65 nanograms of BPA per gram of food. BPA was also detected in fresh turkey and in foods with plastic packaging, such as Chef Boyardee Spaghetti and Meatballs, which had higher BPA levels than cans of the product.

Because of the small sample size, Schecter is cautious about the significance of the findings, and he also notes that other studies have found adverse effects at much lower doses than those specified by the EPA. "Further research is indicated to determine BPA levels in U.S. food in a larger, representative sampling," he concluded.