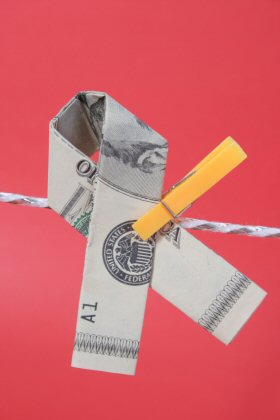 Obesity, smoking and homicides aren't to blame, claims a new report "What Changes in Survival Rates Tell Us About U.S. Health Care." Instead, the costly, specialized and fragmented U.S. healthcare system is responsible for Americans' relatively poor life expectancy.

The report explores why the United States continues to lag behind other nations when it comes to gains in life expectancy, and commonly cited causes for the country's poor performance - obesity, smoking, traffic fatalities, and homicide - are not to blame, according to the Commonwealth Fund-supported study. Specifically, the study looked at 15-year survival rates for men and women at ages 45 and 65 in the U.S. and 12 other nations (Australia, Austria, Belgium, Canada, France, Germany, Italy, Japan, the Netherlands, Sweden, Switzerland, and the United Kingdom).

When the researchers compared risk factors among the 13 countries, they found very little difference in smoking habits between the U.S. and the comparison countries - in fact, the U.S. had faster declines in smoking between 1975 and 2005 than almost all of the other countries. In terms of obesity, the researchers found that, while people in the U.S. are more likely to be obese, this was also the case in 1975, when the U.S. was not so far behind in life expectancy. Finally, examining homicide and traffic fatalities, the researchers found that they have accounted for a stable share of U.S. deaths over time, and would not account for the significant change in 15-year life expectancy the study identified.

"It was shocking to see the U.S. falling behind other countries even as costs soared ahead of them," said lead author Peter Muennig, from Columbia University's Mailman School of Public Health. "But what really surprised us was that all of the usual suspects - smoking, obesity, traffic accidents, and homicides - are not the culprits. The U.S. doesn't stand out as doing any worse in these areas than any of the other countries we studied, leading us to believe that failings in the U.S. health care system, such as costly specialized and fragmented care, are likely playing a large role in this relatively poor performance on improvements in life expectancy."

"This study provides stark evidence that the U.S. health care system has been failing Americans for years," lamented Commonwealth Fund President Karen Davis. "It is unacceptable that the U.S. obtains so much less than should be expected from its unusually high spending on health care relative to other countries."

Related:
Report reveals enormous global cost of Alzheimer's
9 Out Of 10 Americans Obese Or Overweight By 2030
Slavery to blame for racial disparities in health?