You are here: Home › News › Cougar sex drive an evolutionary adaptation
By Will Parker on July 8, 2010 in News 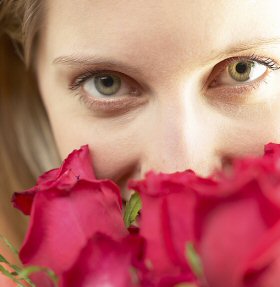 As a woman’s fertility begins to wane, the brain ramps up the libido in what researchers call “reproduction expediting,” an adaptive response that makes women more willing to engage in one-night stands and adventurous sexual behavior in an effort capitalize on their remaining childbearing years.

The researchers, from The University of Texas at Austin, based their findings on a study of nearly 1,000 women who were split into three groups: high fertility (ages18-26), low fertility (ages 27-45), and menopausal (ages 46 and up). The respondents answered an online questionnaire about their sexual attitudes and behavior.

The study, appearing in the journal Personality and Individual Differences, notes that women aged between 27 and 45 have a significantly heightened sex drive in response to their dwindling fertility.

Compared with the other groups, women with low fertility were more likely to experience:

“Our results suggest [that] these behaviors manifest in all women with declining fertility. It may be more difficult to conceive past the age of 35, but our research suggests women’s psychology will continue to motivate them to try until menopause,” noted researcher Judith Easton.

The study, Easton adds, highlights the changes in women’s reproductive behavior from an evolutionary standpoint. The researchers attribute these differences to ingrained psychological mechanisms rooted in each gender’s adaptive responses over millennia of human evolution.