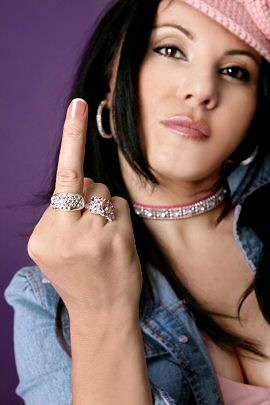 Using functional magnetic resonance imaging (fMRI), researchers recorded the brain activity of 15 college-age adults who had recently been rejected by their partners but reported still being intensely "in love." The findings were published in the Journal of Neurophysiology .

The researchers say their findings provide evidence that "the passion of 'romantic love' is a goal-oriented motivation state rather than a specific emotion" and that their results are "consistent with the hypothesis that romantic rejection is a specific form of addiction." They add that those who are coping with a romantic rejection may be fighting against a strong survival system that appears to be the basis of many addictions.

Interestingly, areas associated with reappraising difficult emotional situations and assessing one's gains and losses were activated, suggesting that rejected individuals are trying to understand and learn from their difficult situation - what could be an adaptive response to rejection. If attachment responses decrease as the days go by and falling out of love is a learning process, there could very well be physiological evidence that time heals all wounds.

Related:
The evolutionary benefits of crying
Game theory shows why you can't hurry love
Study suggests the war on drugs might really be a war on sex
Sex appeal as important as education?