You are here: Home › News › Personality traits predict fertility
By Will Parker on June 10, 2010 in News 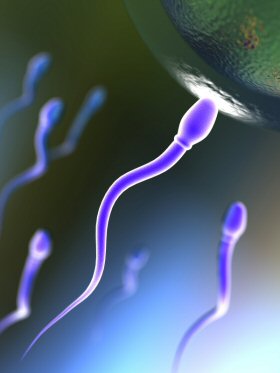 The reproductive success of both men and women is influenced by our personality traits, say University of Sheffield scientists who found that women with higher levels of neuroticism and extraverted men were likely to give birth to a larger number of children.

The researchers also found evidence of a link between maternal personality traits and offspring�s physical condition, as women with higher neuroticism levels were more likely to have children with a decreased body mass index (BMI), reflecting malnutrition.

Personality traits are increasingly being studied to understand individual-level determinants of fertility patterns, and how differences in personality can be maintained by natural selection. Previous work has been carried out in modern Western populations, but the current research was conducted in a more traditional population, enabling the team to test how personality affects fertility rates in a “natural environment” characterized by high birth rates.

Data for the study was gathered from four villages in rural Senegal, Africa. The team then investigated the effects of personality for both partners on the number and health of their offspring using the Big Five personality dimensions which psychologists consider to be the five fundamental personality traits.

The findings showed that women with above-average levels of neuroticism, prone to be anxious, depressive, and moody, had 12 percent more children than those with below average. This relationship was stronger amongst women with a higher social status. The previously mentioned negative association between maternal neuroticism and the offspring’s physical condition suggests that high neuroticism carries a cost.

For men, individuals with above average levels of extraversion, prone to be sociable and outgoing, had 14 percent more children than men with below average extraversion.

“Our results show that personality predicts family size differently in men and women, and those men with largest families have personality aspects different from the women with the largest families. Gaining understanding of such individual-level determinants of reproductive decisions helps in the current debate on the role of individual versus social factors in explaining recent fertility changes around the world,” noted Dr Virpi Lummaa, from the University of Sheffield’s Department of Animal and Plant Sciences.