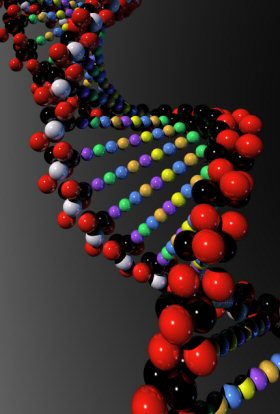 A new study shows that individuals with the HLA B57 gene produce larger numbers of T cells that are cross-reactive, meaning they can attack HIV mutations that arise to escape activated killer T cells.

Known as non-progressors, a small number of people exposed to the HIV virus progress very slowly to AIDS and some never develop the disease at all. In the late 1990s, researchers showed that a very high percentage of those naturally HIV-immune people, who represent about one in 200 infected individuals, carry a gene called HLA B57. Now, a team of researchers from the Ragon Institute at Massachusetts General Hospital, MIT and Harvard has revealed a new effect that contributes to this gene's ability to confer immunity.

The research team found that the HLA B57 gene causes the body to make more potent killer T cells (white blood cells that help defend the body from infectious invaders). Patients with the gene have a larger number of T cells that bind strongly to more pieces of HIV protein than people who do not have the gene. This makes the T cells more likely to recognize cells that express HIV proteins, including mutated versions that arise during infection. This effect contributes to superior control of HIV infection but it also makes those people more susceptible to autoimmune diseases, in which T cells attack the body's own cells.

This new knowledge could help researchers develop vaccines that provoke the same response to HIV that individuals with HLA B57 muster on their own, says Bruce Walker, who is director of the Ragon Institute and a professor at Harvard Medical School. "HIV is slowly revealing itself," says Walker. "This is another point in our favor in the fight against the virus, but we have a long way to go."

Most killer T cells are genetically unique and recognize different pieces of foreign proteins, known as epitopes, attached to the surface of cells that have been infected by viruses or bacteria. After a killer T cell "grabs" such a protein, it becomes activated and starts sweeping the body for more cells that express the same protein, so it can kill them. It also clones itself to produce an army of T cells targeting the invader.

The new study, appearing Nature, shows that individuals with the HLA B57 gene produce larger numbers of killer T cells that are cross-reactive, meaning they can attack more than one epitope associated with HIV, including mutants that arise to escape activated killer T cells. Because those individuals' T cells are exposed to fewer self-peptides in the thymus, T cells with receptors that mediate strong binding to viral proteins via just a few important contacts are more likely to escape the thymus.

This makes these T cells more cross-reactive to targeted HIV peptide mutants, because as long as those points in the viral proteins don't mutate, the T cells are still effective. The model also showed that once those T cells are released into the bloodstream, they can effectively attack HIV proteins, even when the virus mutates. This model also explains why people with the HLA B57 gene have autoimmune problems: their T cells are more likely to bind strongly to human peptides not encountered in the thymus.