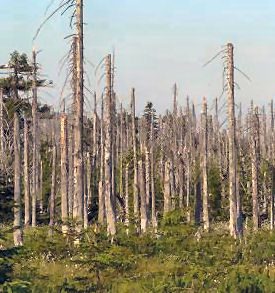 A new study in the Journal of Physical Chemistry suggests that the chemicals that helped solve a global environmental crisis in the 1990s - the hole in Earth's protective ozone layer - may be making another problem - acid rain - worse.