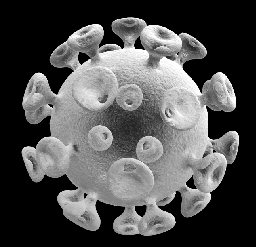 University of California - Los Angeles (UCLA) researchers have for the first time shown that human stem cells can be engineered into a genetic vaccine that can target and kill HIV-infected cells - a technique that could potentially be used against a number of other viral diseases. The researchers caution that the work to date, published in the journal PLoS ONE, is only preliminary and more must be done to ascertain whether the engineered cells would work in the human body.

"We have demonstrated in this proof-of-principle study that this type of approach can be used to engineer the human immune system, particularly the T-cell response, to specifically target HIV-infected cells," said lead investigator Scott G. Kitchen. "These studies lay the foundation for further therapeutic development that involves restoring damaged or defective immune responses toward a variety of viruses that cause chronic disease, or even different types of tumors."

The researchers took CD8 cytotoxic T lymphocytes ("killer" T cells that help fight infection) from an HIV-infected individual and identified the molecule known as the T-cell receptor, which guides the T cell in recognizing and killing HIV-infected cells. These cells, while able to destroy HIV-infected cells, do not exist in large enough numbers to clear the virus from the body. So the researchers cloned the receptor and genetically engineered human blood stem cells, then placed the stem cells into human thymus tissue that had been implanted in mice, allowing them to study the reaction in a living organism.

The research team said the next step is to test this strategy in a more advanced model to determine if it would work in the human body. They also hope to expand the range of viruses against which this approach could be used. "This approach could be used to combat a variety of chronic viral diseases," said co-researcher Jerome A. Zack. "It's like a genetic vaccine."