You are here: Home › News › Pygmy puberty put under the microscope
By Will Parker on October 6, 2009 in News 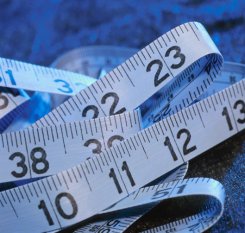 A new hypothesis regarding evolutionary adaption in pygmies contends that their small body size is a side effect of early sexual maturation, where the body’s resources are allocated to reproduction rather than growth. The study, by University of Cambridge anthropologists Jay Stock and Andrea Migliano, appears in the journal Current Anthropology.

There are several existing theories as to why smaller bodies might provide an evolutionary advantage. For example, a smaller body needs less food – a good thing in places where food supplies are inconsistent. Small bodies may also provide an advantage in getting around in thickly forested environments.

But Stock and Migliano’s hypothesis contends that it is reproductive consequences of high mortality rates that explain the small body size. If death comes at an early age, then natural selection would favor those who are able to reproduce at an early age. But early sexual maturity comes with a cost. When the body matures early, it diverts resources to reproduction that otherwise would have gone to growth. So small body size could be essentially a side effect of early sexual maturity.

And the researchers have provided compelling evidence. They looked at over 100 years of data on three small-bodied populations from the Andaman Islands in the Bay of Bengal. When the British established colonies on the islands in the 1850s, these indigenous tribes had very different reactions to their new neighbors. Those reactions would have vast implications for the tribes’ mortality rates.

Two tribes, the Onge and the Jarawa, resisted relations with the British, and retreated deep into the forest to avoid them. But the largest group of tribes, the Great Andamanese, befriended the British, some even living in homes built and supervised by colonists. In doing so, the tribesmen were unwittingly exposed to infectious diseases for which they had no defenses. As a result, the Great Andamanese experienced a sharp increase in mortality due to influenza, tuberculosis, measles and syphilis. By 1900 their numbers had dwindled to 600, from 6000 just 50 years before. By the 1960s, only 19 individuals remained.

Using historical records compiled by British researchers at the time, Stock and Migliano found that during the peak period of increased mortality, the Great Andamanese got smaller in stature. From 1879 to 1927, the height of the adult males who were measured decreased at a rate of 4.7 centimeters per 100 years.

Meanwhile, the Onge and the Jarawa, who for the most part isolated themselves from colonists and did not have dramatic increases in mortality, saw no drop in stature. The Jarawa, which have had the most stable mortality rate, remain the tallest of the three tribes today.

The relationships of the tribes with colonists “led to differences in mortality among these tribes, which appears to have been a fundamental determinant of variation in body size,” the researchers say. The new research supports the notion that the reproductive trade-off associated with a short life could play a role in the evolution of human body size.

Related:
Hobbit’s Small Brain May Have Had Advanced Cognitive Abilities
Short Boys More Likely To Be Kept Back At School
Scientists Mull Why Size Matters

Booze a lifesaver
Honey, I shrunk the earthworm