You are here: Home › News › More evidence linking testicular cancer to chemicals in breast milk
By Will Parker on September 29, 2009 in News 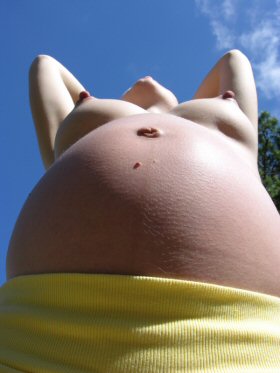 Published in the International Journal of Andrology, a new analysis of breast milk samples from Denmark and Finland has revealed a significant difference in levels of the environmental chemicals associated with the development of testicular cancer.

A worldwide increase in testicular cancer has been observed in recent years, but the cause has not been established. In some countries, such as Denmark, the prevalence of this disease and other male reproductive disorders, including poor semen quality and genital abnormalities is very high; while in Finland, a similarly industrialized Nordic country, the incidence of these disorders is markedly lower. The wide variation in incidence rates between these two countries remains unexplained.

The new study looked at endocrine disrupting chemicals (EDCs), typically found in fatty foods, paints, plasticizers, pesticides and industrial byproducts. Recent studies have suggested a link between some of these agents and male reproductive problems. To investigate whether EDCs could be related to such huge differences in reproductive disorders between the two countries, the researchers measured levels of 121 chemicals in 68 breast milk samples from both Denmark and Finland to compare the mothers’ exposure to EDCs.

The results showed a clear distinction between the countries. “We were very surprised to find that some EDC levels, including some dioxins, PCBs and some pesticides, were significantly higher in Denmark than in Finland,” said Professor Niels Skakkebaek, a senior member of the research team, based at the University Department of Growth and Reproduction, Rigshospitalet, Denmark. “Our findings reinforce the view that environmental exposure to EDCs may explain some of the temporal and between-country differences in incidence of male reproductive disorders.”