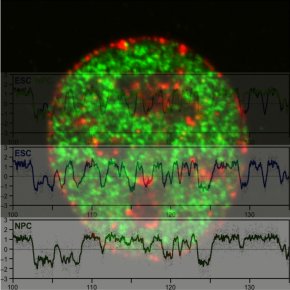 Before it was established that matter burns by taking up oxygen, most chemists sought to explain combustion as the release of a mysterious substance, which they named "phlogiston." Phlogiston theory was a conceptual breakthrough that helped chemists conduct experiments and share ideas, but when it came to pinning down the distinctive physical properties of phlogiston, it become clear that it didn't actually exist.

Now, an opinion piece by Arthur Lander, Director of the Center for Complex Biological Systems at the University of California, Irvine, argues that the notion of stem cells - a major conceptual breakthrough in biology - is running into similar troubles as investigators try to pin it down to a set of distinctive molecular characteristics.

Lander says that neither of the two properties that define "stem cells"- potency and self-renewal - can be ascribed an exclusive molecular basis, and that both are seen in cell types not usually described as stem cells. "It is curious that, after 45 years, we are unable to place the notion of 'stemness' on a purely molecular footing. Of course, the fact that a goal has not been achieved after a long time does not mean that the answer is not around the corner. But it does give one cause to wonder whether something we are doing needs to change, either in the question we are asking or the way we are approaching it," he explained.

Lander believes 'stemness' should be considered a property of systems, rather than individual cells, describing how a system with stemness is one that can achieve a controlled size, maintain itself homeostatically, and regenerate when necessary. He argues that such behaviors naturally emerge as a consequence of basic engineering principles of feedback control.

According to Lander, this is more than a minor semantic quibble - just one practical consequence of an inaccurate understanding of the precise nature of stem cells may be the assumption that specific chemotherapeutic targeting of 'cancer stem cells' will necessarily stop tumors in their tracks. "If feedback and lineage progression continue to take place in cancerous tissues, we might observe that under different conditions - different stages of tumorigensis, different parts of a tumor, different amounts of tumor cells - that different cell types will assume the role of cancer stem cell," he said.

"Like phlogiston, the term 'stem cell' is a scientific concept. Just as investigating the concept of phlogiston allowed the discovery of oxygen and the process of oxidation, it may be that by refashioning our thinking about stem cells - with systems relationships and dynamics taking the place of molecular signatures and simple gene regulatory circuits - the concept of stemness will continue to light the path toward understanding," he concluded.