You are here: Home › News › PSA test blamed for massive overdiagnosis of prostate cancer
By Will Parker on September 1, 2009 in News 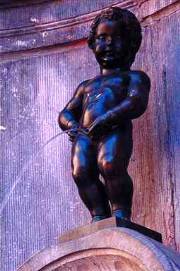 Introduced in 1987, prostate-antigen screening (PSA) has resulted in over 1 million additional men being diagnosed and treated for prostate cancer – but most of these were likely overdiagnosed and should not have been treated, a new study in the Journal of the National Cancer Institute contends.

Using data from the National Cancer Institute, H. Gilbert Welch, of The Dartmouth Institute for Health Policy & Clinical Practice, and Peter C. Albertsen, of the University of Connecticut, examined age-specific prostate cancer incidence rates to determine the excess (or deficit) in the number of American men diagnosed and treated in each year after 1986. They found that an additional 1.3 million men were diagnosed – that would otherwise have never been diagnosed absent screening – and more than 1 million have been treated.

“Given the considerable time that has passed since PSA screening began, most of this excess incidence must represent overdiagnosis,” the researchers argue. “All overdiagnosed patients are needlessly exposed to the hassle factors of obtaining treatment, the financial implications of the diagnosis, and the anxieties associated with becoming a cancer patient.”

The increased diagnosis has been most dramatic among younger men: more than tripling since 1986 in men aged 50-59 and more than a sevenfold increase in men under age 50.

The study suggests that while screening practices for prostate cancer have surged over the last 20 years, there is little evidence that it has saved lives. The researchers contend that the highly pushed early-detection message has skewed public opinion and de-legitimized the questions concerning screening, causing many men to be overdiagnosed.

Related:
Prostrate, Gene Switching and the Evil Twins
Prostate Cancer Treatment Seen in New Light
A pain in the bum