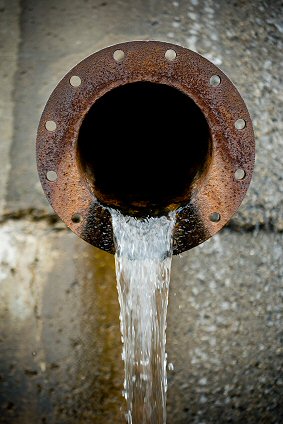 A comprehensive new study of irrigation in Asia warns that many developing nations face the politically risky prospect of having to import more than a quarter of the rice, wheat and maize they will need by 2050. The warning, along with related forecasts and possible solutions, appear in a report presented at the 2009 World Water Week in Stockholm by the International Water Management Institute (IWMI).

The report outlines three options for meeting the food needs of Asia's population, which will expand by one-and-a-half billion people over the next 40 years. The first is to import large quantities of cereals from other regions; the second to improve and expand rainfed agriculture; and the third to focus on irrigated farmlands.

"In the wake of a major global food crisis in 2007 and 2008, cereal prices are expected to be higher and more volatile in the coming years," said Colin Chartres, director general of IWMI. "Asia's food and feed demand is expected to double by 2050. Relying on trade to meet a large part of this demand will impose a huge and politically untenable burden on the economies of many developing countries. The best bet for Asia lies in revitalizing its vast irrigation systems, which account for 70 percent of the world's total irrigated land."

Asian agriculture underwent dramatic advances during the 1960s and 1970s through a combination of irrigation, improved crop varieties and fertilizers. The resulting Green Revolution made it possible to avert widespread hunger and raise living standards. From 1970 to 1995, the area under irrigation in Asia more than doubled, making it the world's most intensively irrigated continent. But, as the IWMI's Aditi Mukherji, explained, "today, the option of expanding irrigated land area in Asia to feed a growing population is becoming increasingly problematic due to land or water constraints."

To meet expected cereal demand by 2050, IWMI's projections show that, with present trends of yield growth, the amount of irrigated farmland in South Asia would need to increase by 30 percent, and 47 percent in East Asia. Without water productivity gains South Asia would need 57 percent more water for irrigated agriculture and East Asia 70 percent more. Given the existing scarcity of land and water, and growing water needs of cities, such a scenario is untenable.

Adding to the problem, the scenarios presented in the report do not factor in climate change, which will likely make rainfall more erratic and increase the strain on already overstretched irrigation systems. As a result, even the study's pessimistic assumptions may prove overly optimistic.

But the potential for improvement is large in South Asia, where yields are low. Asia as a whole could obtain as much as three-quarters of the additional food it will need by improving the performance of irrigated crop production, and South Asia could satisfy all of its additional demand, notes the report. "Another option is to shift more land to rainfed farming," added Mukherji. "But the scope for expansion is extremely limited."

In the report, the IWMI propose a comprehensive strategy to improve the performance of Asia's irrigated agriculture. The key element of the strategy is to modernize the region's large-scale irrigation systems, which were built to rely on surface water. Constructed throughout much of Asia in the 1970s and 1980s, these systems are currently in poor condition. As cereal prices declined during the period of infrastructure expansion, investments in irrigation became less attractive.

One controversial recommendation is to selectively support rather than thwart the trend toward individual farmers' use of inexpensive pumps to extract groundwater for irrigation. Another important component of the IWMI strategy is to involve the private sector more actively in publicly managed irrigation systems. Positive experiences in China and elsewhere attest to the potential of that approach. "Irrigation and the water sector more generally have direct links with energy, trade, labor and other sectors that are crucial to Asia's larger political economy," said Tushaar Shah of the IWMI. "To address challenges of food security and water management, we must look beyond the irrigation sector for solutions."

Related:
Study Slams Mainstream Farming Techniques
Second Agricultural Revolution In The Offing
Down On The Farm? Yields, Nutrients And Soil Quality
Wealth Of Nations A Matter Of Climate
Can Biodiverse Farming Feed The World?