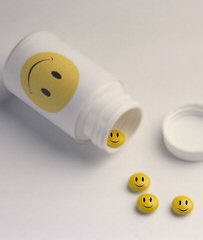 Studies conducted by researchers at the University of Illinois at Chicago (UIC) and Northwestern University have shown that the commonly used botanicals black cohosh and red clover do not have any significant effect on hot flashes or cognitive function in menopausal women. Interestingly, the researchers found that the study participants who were assigned the placebo experienced a greater reduction in hot flashes than those women who were taking the botanicals.

"The important message is that all women improved, but there was a large placebo effect, and the botanicals did not work significantly better than placebo," said UIC's Stacie Geller, the author of the study. "As expected, hormone therapy, considered the gold standard, significantly reduced hot flashes when compared with placebo."

Geller also reported no significant differences between botanical treatments and placebo for any of the safety parameters, including breast and endometrial safety, liver enzymes, complete blood count, or lipid profiles.

In the second study, UIC and Northwestern researchers sought to determine whether the botanic treatments had an effect on cognitive abilities, particularly verbal memory. The study, like the main trial, found that none of the botanicals had either a beneficial or a detrimental effect on memory. Interestingly, the specific hormone therapy used in the trial, Prempro, had a slight negative impact on memory.

"Together, these two studies demonstrate that compared to botanicals, only hormone therapy had a beneficial effect on vasomotor symptoms, but this benefit was at the cost of a slight decrease in memory," concluded UIC's Pauline Maki, the lead author of the cognition study.