You are here: Home › News › Dream therapy set for a revival
By Will Parker on August 3, 2009 in News 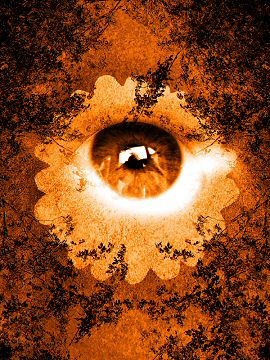 European researchers say that similarities in brain activity during lucid dreaming and psychosis indicate that previously discredited dream therapy could play a useful role in treating psychiatric conditions. Interestingly, the researchers back up their findings by theorizing about a potential evolutionary relationship between dreams and psychosis.

Lucid dreaming is a hybrid state between sleeping and being awake when the subject is aware that they are dreaming. It creates distinct patterns of electrical activity in the brain that have similarities to the patterns made by psychotic conditions such as schizophrenia.

According to researcher Ursula Voss, from the University of Frankfurt in Germany, the new findings confirm the connection by showing that while dreaming lucidly the brain is in a dissociated state. Dissociation involves losing conscious control over mental processes, such as logical thinking or emotional reaction. In some psychiatric conditions this state is also known to occur while people are awake.

“In the field of psychiatry, the interest in patients’ dreams has progressively fallen out of both clinical practice and research. But this new work seems to show that we may be able to make comparisons between lucid dreaming and some psychiatric conditions that involve an abnormal dissociation of consciousness while awake, such as psychosis, depersonalization and pseudoseizures,” notes Silvio Scarone, from the Università degli Studi di Milano in Milan.

Meanwhile, the previously discredited idea of treating some conditions with dream therapy has attracted renewed interest from clinicians. For example, people suffering from nightmares can sometimes be treated by training them to dream lucidly so they can consciously wake up.

“On the one hand, basic dream researchers could now apply their knowledge to psychiatric patients with the aim of building a useful tool for psychiatry, reviving interest in patients’ dreams,” said Scarone. “On the other hand, neuroscience investigators could explore how to extend their work to psychiatric conditions, using approaches from sleep research to interpret data from acute psychotic and dissociated states of the brain-mind.”

The existence of such psychotic conditions may be rooted in the evolutionary role of dreams, where dreaming is thought to have emerged to enable early humans to rehearse responses to the many dangerous events they faced in real life. If this threat simulation theory is correct it may have origins even further back in evolution, given that other mammals such as dogs also exhibit the characteristic electrical activity of dreaming.

The researchers also looked at the idea that paranoid delusions and other hallucinatory phenomena occur when the dissociative dreaming state involving replay of threatening situations is carried through into wakefulness.

“Exposure to real threatening events supposedly activates the dream system, so that it produces simulations that are realistic rehearsals of threatening events in terms of perception and behaviour,” explained Scarone. “This theory works on the basis that the environment in which the human brain evolved included frequent dangerous events that posed threats to human reproduction. These would have been a serious selection pressure on ancestral human populations and would have fully activated the threat simulation mechanisms.”