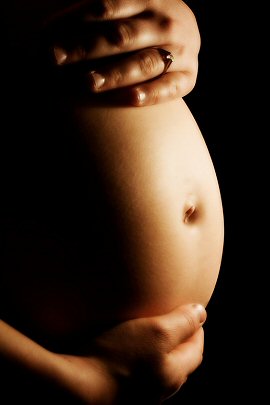 In a new study from the Netherlands, scientists have found evidence of short-term memory in fetuses at 30 weeks. The study, appearing in the journal Child Development, provides insights into fetal development and may help address and prevent abnormalities in offspring.

The scientists, from Maastricht University Medical Centre and the University Medical Centre St. Radboud, studied about 100 healthy pregnant Dutch women and their fetuses, measuring changes in how the fetus responds to repeated stimulation. After receiving a number of stimuli, the fetus no longer responds to the stimulus as observed by ultrasonography and the stimulus is then accepted as "safe." This change in response is called "habituation." In a second session, the fetus "remembers" the stimulus and the number of stimuli needed for the fetus to habituate is then much smaller.

Based on their research, the scientists found the presence of fetal short-term memory of 10 minutes at 30 weeks. They determined this after observing a significantly lower number of stimuli was needed to reach habituation in a second session, which was performed 10 minutes after the first session.

They also found that 34-week-old fetuses can store information and retrieve it four weeks later. Fetuses were tested at 30, 32, 34, and 36 weeks, and again at 38 weeks. The 34- and 36-week-old fetuses habituated much faster than the 38-week-old fetuses that had not been tested before. This implies that these fetuses have a memory of at least 4 weeks - the interval between the test at 34 weeks and that at 38 weeks.

"A better understanding of the normal development of the fetal central nervous system will lead to more insight into abnormalities, allowing prevention or extra care in the first years of life and, as a consequence, fewer problems in later life," say the study's authors.