You are here: Home › News › Anti-fungal shows dramatic anti-aging effects
By Will Parker on July 9, 2009 in News 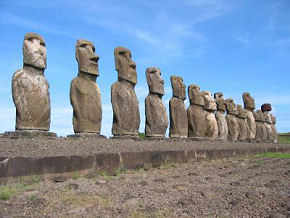 Researchers at the University of Texas (UT), the University of Michigan and Jackson Laboratories report that an anti-fungal compound found on Easter Island extended the lifespan of middle-aged mice by 28 – 38 percent. The compound, known as rapamycin, was given to the mice at an age equivalent to 60 years old in humans. Identified in the 1970s, rapamycin was first noted for its anti-fungal properties and later was used to prevent organ rejection in transplant patients.

“I’ve been in aging research for 35 years and there have been many so-called ‘anti-aging’ interventions over those years that were never successful,” said Arlan G. Richardson, director of the Barshop Institute for Longevity and Aging Studies at the UT. “I never thought we would find an anti-aging pill for people in my lifetime; however, rapamycin shows a great deal of promise to do just that.”

Scientists currently acknowledge only two life-extending interventions in mammals: calorie restriction and genetic manipulation. Rapamycin appears to partially shut down the same molecular pathway as restricting food intake. It does so through a cellular protein called mTOR (mammalian target of rapamycin), which controls many processes in cell metabolism and responses to stress.

A decade ago, it was hypothesized that mTOR might be involved in calorie restriction. In 2004, UT scientist Z. Dave Sharp submitted a proposal that rapamycin be studied for its possible anti-aging effects. The proposal was approved, and testing centers in San Antonio and elsewhere began to include rapamycin in the diets of mice.

But a problem soon emerged: rapamycin was not stable enough in food or in the digestive tract to register in the animals’ blood level. This forced the team to work to improve the bioavailability of the compound through a process called microencapsulation. The reformulated drug was stable in the diet fed to the mice and bypassed the stomach to release in the intestine, where it could more reliably enter the bloodstream.

The original goal was to begin feeding the mice at 4 months of age, but because of the delay caused by developing the new formulation, the mice were not started until they were 20 months old – the equivalent of 60 years of age in humans. The researchers decided to try the rapamycin intervention anyway.

“I did not think that it would work because the mice were too old when the treatment was started,” Richardson said. “Most reports indicate that calorie restriction doesn’t work when implemented in old animals. The fact that rapamycin increases lifespan in relatively old mice was totally unexpected.”

“We believe this is the first convincing evidence that the aging process can be slowed and lifespan can be extended by a drug therapy starting at an advanced age,” concluded Randy Strong, who directs the UT’s Aging Interventions Testing Center in San Antonio.