You are here: Home › News › Genetic regions linked to animal tameness identified
By Will Parker on June 9, 2009 in News 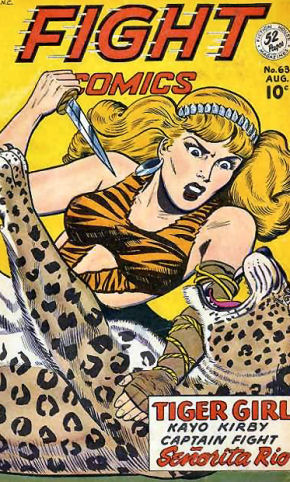 A team of scientists from Germany, Russia and Sweden have identified the regions of genetic code that are responsible for animal tameness, a discovery that could lead to the breeding of domesticated animals of species once believed to be untamable. The team’s research report, appearing in the journal GENETICS, should help animal breeders, farmers and zoologists more fully understand what makes some animals interact with humans better than others. It may also lead to more precise breeding strategies designed to pass specific genes from one generation to the next as a way to produce tame animals.

“I hope our study will ultimately lead to a detailed understanding of the genetics and biology of tameness,” said Frank Albert, a scientist from the Max Planck Institute for Evolutionary Anthropology and the first author of the report. “Maybe we’ll then be able to domesticate a few of those species where humans have historically not been successful like the wild African Buffalo.”

The study dates back to 1972 when researchers in Novosibirsk, USSR, caught a large group of rats in the wilderness around the city. After bringing them into the laboratory, the researchers divided the rats into two groups. The first group included the most “friendly” rats – those that were not aggressive toward people. The second group included only the most aggressive rats – those that screamed, attacked and bit the researchers.

“For thousands of years, humans have domesticated animals,” noted Mark Johnston, Editor-in-Chief of GENETICS, “and all during this time, much folklore and mythology has surrounded the process. But of course genetics plays a large role in the process, and this research provides a solid scientific explanation of this phenomenon, and offers clues about how genomes can be manipulated to breed tame animals.”