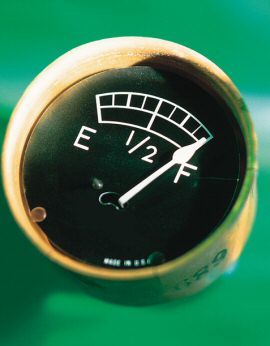 Crop residues are viewed as a low cost and readily available source of material for ethanol production. But these residues are not simply a waste material as they play a pivotal role in sustaining levels of organic matter in soil. Consequently, extensive removal of crop residues for ethanol production - or for other industrial purposes - may impact the long-term productivity of soils.

"The results would support the recommendation that some straw could be removed from fields providing that the frequency of removal was less than 66 percent and that no more than 40 percent of the aboveground residues other than grain are removed. From a crop management perspective, proper nitrogen fertility combined with no-till would further reduce the possibility of net losses in SOC and SON," the researchers noted.