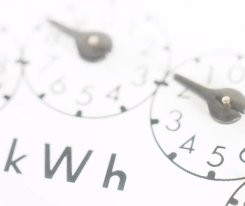 An ultra-powerful femtosecond laser flash can make regular incandescent light bulbs as cost-effective as their fluorescent cousins, say optics researchers at the University of Rochester. The process, according to the researchers, can make a light as bright as a 100-watt bulb consume less electricity than a 60-watt bulb while remaining far cheaper than a fluorescent bulb.

Writing in the journal Physical Review Letters, the researchers explain that the laser creates a unique array of nano- and micro-scale structures on the surface of a regular tungsten filament that makes it far more effective at radiating light.

"We've been experimenting with the way ultra-fast lasers change metals, and we wondered what would happen if we trained the laser on a filament," says Rochester's Chunlei Guo. "We fired the laser beam right through the glass of the bulb and altered a small area on the filament. When we lit the bulb, we could actually see this one patch was clearly brighter than the rest of the filament, but there was no change in the bulb's energy usage."

The key to creating the super-filament is an ultra-brief, ultra-intense beam of light called a femtosecond laser pulse (a femtosecond is to a second what a second is to about 32 million years). During its brief burst, Guo's laser unleashes as much power as the entire grid of North America onto a spot the size of a needle point. That intense blast forces the surface of the metal to form nanostructures and microstructures that dramatically alters how light radiates from the filament.

In 2006, Guo and his assistant, Anatoliy Vorobyev, used a similar laser process to turn any metal pitch black (see below). The surface structures created on the metal were incredibly effective at capturing incoming radiation, such as light. "There is a very interesting 'take more, give more' law in nature governing the amount of light going in and coming out of a material," says Guo. Since the black metal was extremely good at absorbing light, the researchers set out to study the reverse process - that the blackened filament would radiate light more effectively as well.

"We knew it should work in theory," says Guo, "but we were still surprised when we turned up the power on this bulb and saw just how much brighter the processed spot was."

Interestingly, in addition to increasing the brightness of a bulb, Guo's process can be used to "tune" the color of the light as well. In 2008, Guo used a similar process to change the color of nearly any metal to blue, golden, and gray, in addition to the black he'd already accomplished. His team then used this knowledge of how to control the size and shape of the nanostructures - and thus what colors of light those structures absorb and radiate - to change the amount of each wavelength of light the tungsten filament radiates. Though Guo cannot yet make a simple bulb shine pure blue, for instance, he can change the overall radiated spectrum so that the tungsten, which normally radiates a yellowish light, could radiate a more purely white light.

The researchers have even been able to make a filament radiate partially polarized light, which until now has been impossible to do without special filters that reduce the bulb's efficiency. By creating nanostructures in tight, parallel rows, some light that emits from the filament becomes polarized.

Guo's team is now working to discover what other aspects of a common light bulb they might be able to control. Fortunately, despite the incredible intensity involved, the femtosecond laser can be powered by a simple wall outlet, meaning that when the process is refined; implementing it to augment regular light bulbs should be relatively simple.