You are here: Home › News › Mechanism behind caffeine withdrawal revealed
By Will Parker on May 4, 2009 in News 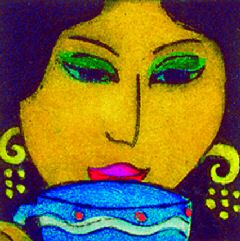 Ever miss your daily cup of coffee and subsequently get a headache and feelings of fatigue? Now, thanks to researchers at the University of Vermont (UV) and Johns Hopkins School of Medicine, we can better understand the biological mechanisms at work during caffeine withdrawal.

Reporting in the journal Psychopharmacology, the researchers explain how they studied brain electrical activity and blood flow during caffeine withdrawal to examine what was taking place physiologically during acute caffeine abstinence, including the likely mechanism underlying the common “caffeine withdrawal headache.”

They examined caffeine’s effects in a double-blind study, which involved the administration of caffeine and placebo capsules. Each participant’s response to the caffeine or placebo was measured using three different measures – brain electrical activity via EEG; blood flow velocity in the brain via ultrasound; and participants’ self-reports of subjective effects.

Consistent with this, volunteers reported increases in measures of “tired,” “fatigue,” “sluggish” and “weary.” Overall, these findings provide the most rigorous demonstration to date of physiological effects of caffeine withdrawal.

Interestingly, the researchers also discovered a somewhat unexpected finding – that there were no net benefits associated with chronic caffeine administration. “In addition to looking at caffeine withdrawal, this rigorous design also permitted comparison of chronic caffeine maintenance with chronic placebo maintenance, which provides unique information about the extent to which there are net beneficial effects of daily caffeine administration,” said UV researcher Stacey Sigmon. “In contrast to what most of us coffee lovers would think, our study showed no difference between when the participant was maintained on chronic placebo and when the participant was stabilized on chronic caffeine administration. What this means is that consuming caffeine regularly does not appear to produce any net beneficial effects.”