You are here: Home › News › Compelling new evidence for benefits of circumcision
By Will Parker on March 26, 2009 in News 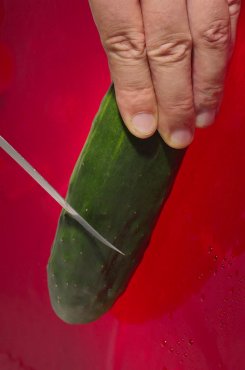 Reporting their findings in the New England Journal of Medicine, American and Ugandan scientists working in Africa describe how adult male circumcision can significantly decrease infection rates for the two most common sexually transmitted infections – herpes and the human papillomavirus (HPV – the virus that causes cervical cancer and genital warts). The findings build upon earlier clinical research which found that circumcision decreases a man’s risk of acquiring HIV infection through heterosexual intercourse by more than 50 percent.

The study was conducted by scientists at the Rakai Health Sciences Program in Uganda in collaboration with researchers at the Johns Hopkins University, Makerere University in Kampala, Uganda, and the National Institute of Allergy and Infectious Disease’s (NIAID) Division of Intramural Research.

The combined results from both trials also demonstrated a 35 percent reduction in HPV prevalence among men in the intervention group. In evaluating a subgroup of volunteers at 24 months, high-risk HPV strains associated with certain cancers were detected in 42 of 233 men in the intervention group and in 80 of 287 men in the control group. The report notes, however, that circumcision did not affect the incidence of syphilis.

The biological reasons why circumcision may reduce the risk of HSV-2 and HPV infection, but not syphilis, are not entirely known. HSV-2 and HPV multiply in epithelial cells found in the surface skin of the penis, and the foreskin may facilitate virus entry into those cells. Once circumcision has been performed, the risk of epithelial infection may be reduced, the authors note.

As with most strategies to prevent sexually transmitted infections, adult male circumcision is not completely effective. Therefore, the authors note, safe sex practices, including consistent condom use, are still necessary.

Redefining DNA’s structure for fun and profit
Estrogen contamination in bottled water “just the tip of the iceberg,” say scientists

HPV Cancer Free Button Ask Me How To Prevent 6 Cancers