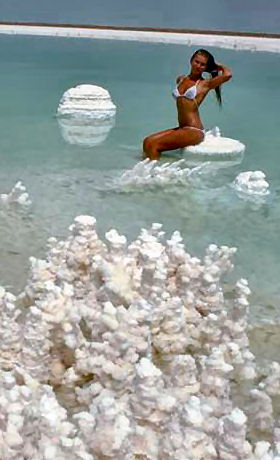 The water levels in the Dead Sea are dropping at an alarming rate (14 km3 of water in the last 30 years) with serious environmental consequences, according to scientist Shahrazad Abu Ghazleh, from the University of Technology in Darmstadt in Germany. Abu Ghazleh's study, published this week in Naturwissenschaften, shows that the drop in water levels is not the result of climate change; rather it is due to ever-increasing human water consumption in the area.