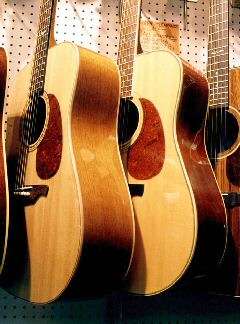 In research that may lead to new therapies for children with autism and Asperger's syndrome, researchers from Northwestern University have found the first biological evidence that musical training enhances an individual's ability to recognize emotion in speech.

Reporting the findings in the European Journal of Neuroscience, the study's lead author Dana Strait explained that the more years of musical experience musicians possessed and the earlier the age they began their music studies increased their nervous systems' abilities to process emotion in sound. "Quickly and accurately identifying emotion in sound is a skill that translates across all arenas, whether in the predator-infested jungle or in the classroom, boardroom or bedroom," she noted.

The study involved measuring brainstem processing of three acoustic correlates (pitch, timing and timbre) in musicians and non-musicians to a scientifically validated emotion sound. The 30 subjects were right-handed men and women with and without music training who were between the ages of 19 and 35.

Study participants were asked to watch a subtitled nature film to keep them entertained while they were hearing, through earphones, a 250-millisecond fragment of a distressed baby's cry. Sensitivity to the sound, and in particular to the more complicated part of the sound that contributes most to its emotional content, was measured through cranial electrodes.

The researchers found that the musicians' brainstems lock onto the complex part of the sound known to carry more emotional elements but de-emphasize the simpler (less emotion conveying) part of the sound. This was not the case in non-musicians.

In essence, musicians more economically and more quickly focus their neural resources on the important - in this case emotional - aspect of sound. "That their brains respond more quickly and accurately than the brains of non-musicians is something we'd expect to translate into the perception of emotion in other settings," Strait said.

The authors of the study also note that the acoustic elements that musicians process more efficiently are the very same ones that children with language disorders, such as dyslexia and autism, have problems encoding. Strait suggests that musical training might help promote emotion processing in these populations.

Related:
This Is Your Brain On Jazz
The Rhythm (And Melody?) Of Life
Sexual Success And The Schizoid Factor
Researchers mull possible autism triggers