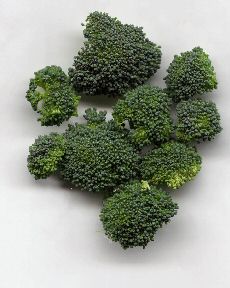 "There are currently no drugs to target the proteins that trigger melanoma," said Penn State's Gavin Robertson. "We have developed drugs from naturally occurring compounds that can inhibit the growth of tumors in mice by 50 to 60 percent with a very low dose."

"Selenium deficiency is common in cancer patients, including those diagnosed with metastatic melanoma," explained Robertson, whose findings appear in the journal Clinical Cancer Research. "Besides, selenium is known to destabilize Akt proteins in prostate cancer cells."

To study the effectiveness of the new drug (named isoselenocyanate), the researchers injected mice with 10 million cancer cells. Six days later, when the animals developed large tumors, they were divided into two groups and treated separately with either the vegetable compounds or the compounds supplemented with selenium. "We found that the selenium-enhanced compounds significantly reduced the production of Akt3 protein and shut down its signaling network," explained Robertson.

The exact mechanism of how selenium inhibits cancer remains unclear. However, Robertson is convinced that the use of naturally occurring compounds that target cancer-causing proteins could lead to more effective ways of treating melanoma. "We have harnessed something found in nature to target melanoma," said Robertson. "And since we only need tiny amounts to kill the cancer cells, it means even less toxic side-effects for the patient."