You are here: Home › News › More evidence for herpes conferring beneficial anti-bacterial effect
By Will Parker on February 13, 2009 in News 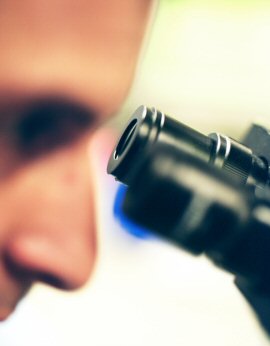 A new study by scientists at the Trudeau Institute has confirmed intriguing findings from earlier research that showed that mice infected with certain forms of the herpes virus are resistant to infection with bacterial pathogens.

Although herpes infections are generally considered undesirable and are associated with declining immune function or the development of a variety of tumors, the initial research, by Herbert Virgin, raised the unexpected possibility that they may also be beneficial.

Marcia Blackman and her Trudeau research team followed up on Virgin’s work, and she has now confirmed his findings, along with some further refinements about herpes’ role in preventing other infections. “We discovered that the effect of herpesvirus infection is transient, lasting only a few months. Interestingly, although the effect was shown by the Virgin group to be dependent on establishing a latent infection, it wanes despite lifelong latency,” she explained. Blackman shared her findings with the Virgin group prior to her study’s publication in Science which led the scientists to agree that even short-acting protection, especially during childhood, might have long-lasting implications in terms of survival rates.

A major implication of the research is in the development of vaccines against herpes infections. Virgin suggested that “decreased infection may be associated with unintended negative consequences for vaccinated individuals.” In response, Blackman argues that possible transient protective effects did not outweigh the already recognized pathological consequences of herpes infection. Both groups agreed that the protective effects of herpesvirus infections merit further study.