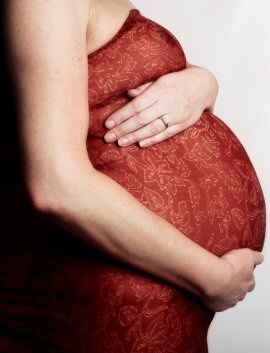 "In women who were obese at the start of pregnancy, the meta-analysis demonstrated a significantly increased risk of a pregnancy affected by a neural tube defect [nearly twice the odds], including spina bifida [more than twice the odds]; cardiovascular anomaly, including a septal anomaly [heart defect]; cleft palate and cleft lip and palate; anorectal atresia [abnormality of the anus/rectum]; hydrocephaly [abnormal enlargement of the ventricles of the brain due to accumulation of cerebrospinal fluid]; and a limb reduction anomaly," the study notes.

Putting the findings into perspective, Stothard noted that an estimated 3 percent of all livebirths in the United States are affected by a structural anomaly and 2.25 per 1,000 births are affected by a serious heart anomaly. "Given the findings of this review... we calculate that the absolute risk of a pregnancy affected by a neural tube defect or a serious heart anomaly is respectively 0.47 per 1,000 births and 0.61 per 1,000 births greater in an obese woman than a woman of recommended BMI in prepregnancy or early pregnancy. This has health implications, particularly given the continued rise in the prevalence of obesity in many countries," she explained, adding that "further studies are needed to confirm whether [maternal] overweight is also implicated."

Related:
Obesity Linked To Abnormal Sperm
Obesity's Double-Whammy Effect On Healthcare System
9 Out Of 10 Americans Obese Or Overweight By 2030