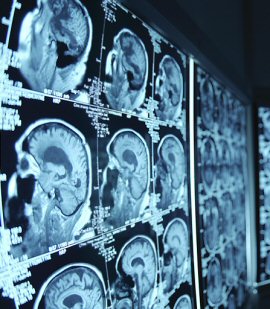 Young people who are heavy users of marijuana are more likely than non-users to have disrupted development in the areas of the brain that are involved in memory, attention, decision-making, language and executive functioning skills. That's according to researchers from The Children's Hospital of Philadelphia, who add that the findings are of particular concern because adolescence is a crucial period for brain development and maturation.

"Studies of normal brain development reveal critical areas of the brain that develop during late adolescence, and our study shows that heavy cannabis use is associated with damage in those brain regions," said study leader Manzar Ashtari. The new study, appearing in the Journal of Psychiatric Research, builds on previous work by Ashtari that examined normal brain development in adolescent subjects.

In the new study, all the study subjects were male with an average age of 19. They all had a history of heavy cannabis use during adolescence. On average, they had smoked marijuana from age 13 till age 18 or 19, and reported smoking nearly 6 marijuana joints daily in the final year before they stopped using the drug.

The research team performed a type of magnetic resonance imaging scan called diffusion tensor imaging (DTI) that measures water movement through brain tissues. "The abnormal patterns of water diffusion that we found among the young men with histories of marijuana use suggest damage or an arrest in development of the myelin sheath that surrounds brain cells," explained Ashtari. Myelin provides a coating around brain cells similar to insulation covering an electrical wire. If myelin does not function properly, signaling within the brain may be slower.

Myelin gives its color to the white matter of the brain, and covers the nerve fibers that connect different brain regions. "Our results suggest that early-onset substance use may alter the development of white matter circuits, especially those connections among the frontal, parietal and temporal regions of the brain," said Ashtari. "Abnormal white matter development could slow information transfer in the brain and affect cognitive functions."

"Our work reinforces the idea that the adolescent brain may be especially vulnerable to risky behaviors such as substance abuse, because of crucial neural development that occurs during those years," the researchers concluded.