You are here: Home › News › New evidence for environmental chemicals impacting female fertility
By Will Parker on January 30, 2009 in News 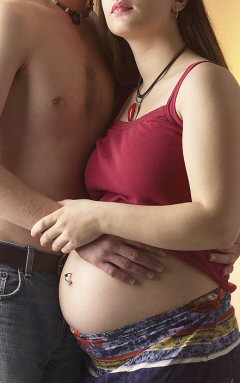 “PFOS and PFOA were considered to be biologically inactive, but recently animal studies have shown that these chemicals may have a variety of toxic effects on the liver, immune system and developmental and reproductive organs. Very few human studies have been done, but one of our earlier studies showed that PFOA, although not PFOS, may impair the growth of babies in the womb, and another two epidemiological studies linked PFOA and PFOS to impaired fetal growth,” explained UCLA’s Dr Chunyuan Fei, the study’s first author.

The researchers believe that although they measured the PFOS/PFOA levels after pregnancy was established, these levels probably did not change significantly from the time before pregnancy. Men’s sperm quality could also be affected by PFCs and might, therefore, contribute to the associations between PFC levels and time to pregnancy, since couples would tend to be sharing the same lifestyles and have similar exposures. However, the researchers did not have data on PFC levels in fathers. “Studies on sperm quality and PFOA/PFOS are certainly warranted,” said co-researcher Professor Jørn Olsen, also from UCLA.