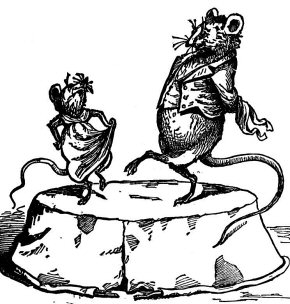 Living with a female mouse can extend the reproductive life of a male mouse by as much as 20 percent, according to a study which scientists say has significant implications for the maintenance of male fertility in wildlife, livestock and even human populations.

The decline in fertility appeared to be due in part to defects in the sperm-production process. The change amounts to a reduction of fertility six months earlier in "lonely" mice as opposed to those who have female companionship.

While it is already recognized that reproductive aging of males includes decreased fertility, the factors that delay aging are largely unknown. Histological analysis indicated that abnormal spermatogenesis occurred sooner in isolated males, suggesting that defects in spermatogenesis may play a role in the greater decrease in fertility in isolated males. The researchers involved, from the University of Pennsylvania, hypothesize that the females' effect on the environment of the male's spermatogonial stem cells likely occurs through his endocrine and nervous systems.

"It appears that housing females with a male mouse delays the decline of reproductive processes at the cellular level by somehow affecting the cells surrounding the stem cells that produce spermatozoa in the testes," said researcher Ralph Brinster, professor of physiology at Penn Vet. "Whether this female influence occurs in other species is not known."

"If it turns out that this reproductive effect is mimicked in other species, for example, livestock animals that affect food production, then a 20 percent increase in male fertility could mean an extension of the male reproductive life span of years," Brinster said. "This finding may also have relevance for the protection of some large endangered species."