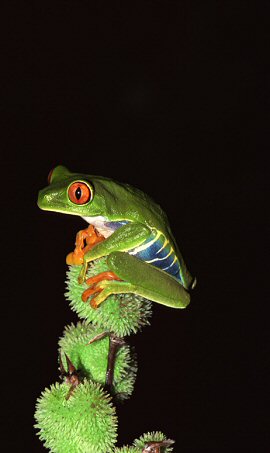 Concentrations of the ten most widely used pesticides that fall within EPA safe-exposure levels, when combined, form an extremely toxic mixture that is deadly to amphibians and may represent a significant threat to humans in the future, according to University of Pittsburgh research published in the journal Oecologia.

Study author Rick Relyea, an associate professor of biological sciences, exposed gray tree frog and leopard frog tadpoles to small amounts of the 10 pesticides that are widely used throughout the world. Relyea selected five insecticides - carbaryl, chlorpyrifos, diazinon, endosulfan, and malathion - and five herbicides-acetochlor, atrazine, glyphosate, metolachlor, and 2,4-D. He administered the following doses: each of the pesticides alone, the insecticides combined, a mix of the five herbicides, or all 10 of the poisons.

He subsequently found that a mixture of all 10 chemicals killed 99 percent of leopard frog tadpoles as did the insecticide-only mixture; the herbicide mixture had no effect on the tadpoles. And while leopard frogs perished, gray tree frogs did not succumb to the poisons and instead flourished in the absence of leopard frog competitors.

Relyea also discovered that endosulfan - a neurotoxin banned in several nations but still used extensively in U.S. agriculture - is inordinately deadly to leopard frog tadpoles. By itself, the chemical caused 84 percent of the leopard frogs to die. This lethality was previously unknown because current regulations from the U.S. Environmental Protection Agency (EPA) do not require amphibian testing. His results showed that endosulfan was not only highly toxic to leopard frogs, but also that it served as the linchpin of the pesticide mixture that eliminated the bulk of leopard frog tadpoles.

"Endosulfan appears to be about 1,000-times more lethal to amphibians than other pesticides that we have examined," Relyea said. "Unfortunately, pesticide regulations do not require amphibian testing, so very little is known about endosulfan's impact on amphibians, despite being sprayed in the environment for more than five decades."

For most of the pesticides, the concentrations Relyea administered (2 to 16 parts per billion) were far below the human-lifetime-exposure levels set by the EPA and also less than the maximum concentrations detected in natural bodies of water. But the research suggests that these low concentrations can combine into one toxic mixture. In the paper, Relyea points out that declining amphibian populations have been recorded in pristine areas far downwind from areas of active pesticide use, and he suggests that the chemical cocktail he describes could be the culprit.

The results of this study build on a nine-year effort by Relyea to understand potential links between the global decline in amphibians, routine pesticide use, and the possible threat to humans in the future. Amphibians are considered an environmental indicator species because of their unique sensitivity to pollutants. Their demise from pesticide overexposure could foreshadow the fate of less sensitive animals, Relyea believes.