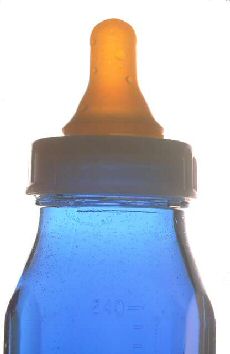 In the latest issue of the Journal of the American Medical Association, researchers from the Peninsula Medical School in the UK report a significant relationship between urine concentrations of the environmental estrogen bisphenol A (BPA) and cardiovascular disease, type 2 diabetes and liver-enzyme abnormalities.

Used in the manufacture of plastic consumer products such as baby bottles and food-storage containers, more than two million metric tons of BPA are produced annually. Previous studies have shown adverse health effects of BPA on the brain and reproductive system, as well as metabolic diseases in laboratory animals. This new study is the first to explore BPA levels in a large population and the effects of "normal" levels of BPA exposure.

"These findings add to the evidence suggesting adverse effects of low-dose BPA in animals. Independent replication and follow-up studies are needed to confirm these findings and to provide evidence on whether the associations are causal," the authors conclude.

The findings have prompted Frederick vom Saal, a University of Missouri (MU) scientist, to urge the FDA to follow recent action by Canadian regulatory agencies, which have taken significant steps to limit human and environmental exposures to BPA. MU research has previously shown adverse health effects of BPA at exposure levels below those currently considered safe by the FDA.

"Despite growing research that confirms BPA is dangerous to our health, the FDA and the European Food Safety Authority have chosen to ignore warnings from expert panels and other government agencies and have continued to declare BPA as 'safe,'" said vom Saal. "Further evidence of harm should not be required for regulatory action to begin the process of reducing exposure to BPA."

Sources: Journal of the American Medical Association, University of Missouri-Columbia