You are here: Home › News › The cold shoulder can be downright chilly
By Will Parker on September 16, 2008 in News 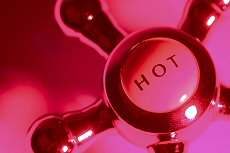 Metaphors which make a connection between cold temperatures and emotions such as loneliness, despair and sadness may be more literal than we think, with a recent study suggesting that there is a psychological basis for linking cold with feelings of social isolation.

Psychologists Chen-Bo Zhong and Geoffrey Leonardelli from the University of Toronto wanted to test the idea that social isolation might generate a physical feeling of coldness. Their experiment divided a group of volunteers into two groups; where one group recalled a personal experience in which they had been socially excluded (rejection from a club, for example) and the other group recalled an experience in which they had been accepted into a group.

Then, the researchers had all the volunteers estimate the temperature in the room, on the pretense that the building’s maintenance staff wanted that information. The estimates ranged widely, from about 54 degrees F to a whopping 104 degrees F. Interestingly, those who were told to think about a socially isolating experience gave lower estimates of the temperature. The researchers hypothesize that the recalled memories of being ostracized actually made people experience the ambient temperature as colder. “We found that the experience of social exclusion literally feels cold,” Zhong said. “This may be why people use temperature-related metaphors to describe social inclusion and exclusion.”

In another experiment, instead of relying on volunteers’ memories, the researchers triggered feelings of exclusion by having the volunteers play a computer-simulated ball tossing game. The game was designed so that some of the volunteers had the ball tossed to them many times, but others were left out.

Afterwards, all the volunteers rated the desirability of certain foods and beverages: hot coffee, crackers, an ice-cold Coke, an apple, and hot soup. The findings were striking. As reported in Psychological Science, the “unpopular” volunteers who had been ostracized during the computer game were much more likely than the others to want either hot soup or hot coffee. Their preference for warm food and drinks presumably resulted from physically feeling cold as a result of being excluded.

The results open up new opportunities in exploring the interaction between environment and psychology, such as the study of mood disorders (e.g., Seasonal Affective Disorder), say the researchers. And, conversely, the study suggests that raising the thermostat a bit might be an easy method of promoting group interaction and cooperation in social settings.