You are here: Home › News › ETs Very Unlikely, New Calculations Suggest
By Will Parker on April 17, 2008 in News 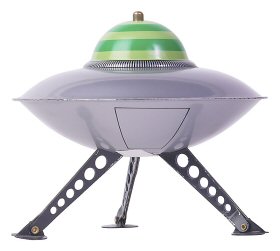 SETI and other ET initiatives are wasting their time if a scientist from the University of East Anglia, UK, is correct. Professor Andrew Watson has just completed a new mathematical model that suggests that the odds of finding new life on other Earth-like planets are extremely low. Central to Watson’s new model, published inAstrobiology, is the notion that the emergence of complex and intelligent life is governed by a small number of very difficult evolutionary steps.

He suggests the number of evolutionary steps needed to create intelligent life, in the case of humans, is four. These would include the emergence of single-celled bacteria, complex cells, specialized cells allowing complex life forms, and intelligent life with an established language. Watson then looked at the probability of each of these critical steps occurring in relation to the life span of Earth, giving an improved mathematical model for the evolution of intelligent life.

Importantly, says Watson, a limit to evolution is the habitability of Earth, and any other Earth-like planets, which will end as the sun brightens. Solar models predict that the brightness of the sun is increasing, while temperature models suggest that because of this the future life span of Earth will be “only” about another billion years, a short time compared to the four billion years since life first appeared on the planet.

“The Earth’s biosphere is now in its old age and this has implications for our understanding of the likelihood of complex life and intelligence arising on any given planet,” noted Watson. “At present, Earth is the only example we have of a planet with life. If we learned the planet would be habitable for a set period and that we had evolved early in this period, then even with a sample of one, we’d suspect that evolution from simple to complex and intelligent life was quite likely to occur. By contrast, we now believe that we evolved late in the habitable period, and this suggests that our evolution is rather unlikely. In fact, the timing of events is consistent with it being very rare indeed.”

Watson’s model suggests an upper limit for the probability of each step occurring is 10 per cent or less, so the chances of intelligent life emerging is low – less than 0.01 per cent over four billion years. Each step is independent of the other and can only take place after the previous steps in the sequence have occurred. “Complex life is separated from the simplest life forms by several very unlikely steps and therefore will be much less common. Intelligence is one step further, so it is much less common still,” he concluded.