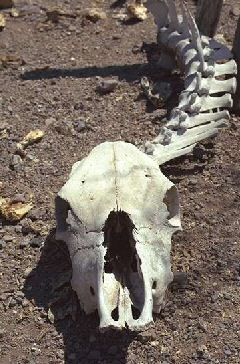 Scientists from Montana State University and Louisiana State University have found evidence that globally distributed airborne bacteria play a pivotal role in the rain cycle. The research, published in Science, will have far reaching implications in fields such as ecology, microbiology, plant pathology and climatology.

The findings also indicate that a reduced amount of bacteria on crops could affect the climate. Because of the bio-precipitation cycle, overgrazing in a dry year could actually decrease rainfall, which could then make the next year even dryer. "Drought could be less of a problem once we understand all of this," Sands said.

More studies must be done, though, because questions remain. For example, since the bacteria do not grow above 84 degrees, precipitation could be affected if the world's weather continues to warm. The researchers are also examining the bacteria to find out if they vary by region.

What makes the bacterial-plant interplay more complicated is that most known ice-nucleating bacteria are actually plant pathogens. These pathogens can cause freezing injury in plants, resulting in devastating economic effects on agricultural crop yields. "Bacteria have probably been around for a million years," Sands said. "They live on the surface of plants, and may occasionally cause plant disease. But their role in rain-making may be more important."