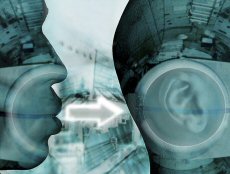 An Tel Aviv University study has found that heavy cell phone users are subject to a higher risk of benign and malignant tumors of the salivary gland. Dr. Siegal Sadetzki's research, published in the American Journal of Epidemiology, established that heavy cell phone users had an increased risk of about 50 percent for developing a tumor of the main salivary gland, compared to those who did not use cell phones.

The fact that the study was done on an Israeli population is significant, says Sadetzki. "Unlike people in other countries, Israelis were quick to adopt cell phone technology and have continued to be exceptionally heavy users. Therefore, the amount of exposure to radiofrequency radiation found in this study has been higher than in previous cell phone studies. This unique population has given us an indication that cell phone use is associated with cancer," she explained.

Sadetzki predicts that, over time, the greatest effects will be found in heavy users and children. "While I think this technology is here to stay," she said, "I believe precautions should be taken in order to diminish the exposure and lower the risk for health hazards." She adds that parents need to consider at what age their children start using cell phones and limit the number of calls and amount of time their children spend on the phone. "Some technology that we use today carries a risk. The question is not if we use it, but how we use it," concludes Sadetzki.